The Walled Town of Carcassonne 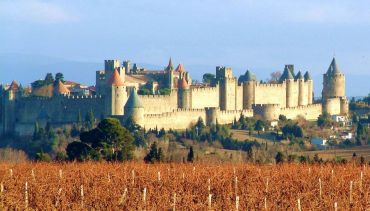 Between Toulouse and Narbonne to Carcassonne is a medieval town in the modern city. It is easy to distinguish thanks to its enormous doors and walls. This is one of the largest fortified cities in Europe.

Oppidum from the Iron Age, became a Roman city century BCE. The city is then fortified over the centuries. Today it is a tourist place very visited in France. In 1997, UNESCO has declared a World Heritage.

Enjoy walking in the streets and visit the Count's castle and the Saint-Nazaire Basilica. Several museums are open to the public.

You will also find many typical as well as guest rooms restaurants.

Carcassonne has an airport and a railway station. It is accessible via the A61 motorway from Toulouse and Narbonne. Free parking around the city. To reach from the airport take the bus line 5 from the station take 3a line to stop Lespinasse. Take line 4 to Medieval City.