Port of the Moon 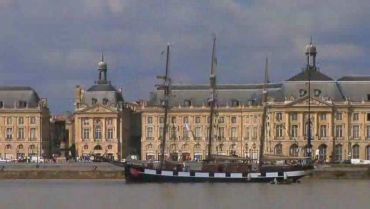 Located in the historic center of the city of Bordeaux, near the Garonne river, the port of the moon is so called because it consists largely of a curve reminiscent of the crescent moon. It extends from the dock Bacalan than Paludate.

This unique architectural ensemble was created during the Renaissance, the Enlightenment, and it is remarkably well preserved. Place of exchange for over 2000 years, it is now a World Heritage of UNESCO. The most active part of the port for trade, was the left bank between the sixteenth and the twentieth century. You will find the docks and the stone bridge must-see.

2 tram along the docks: B and C. From the railway station take line C.