The Winged Victory of Samothrace is back 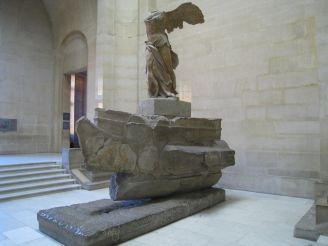 On Wednesday, July 9, great news came to the Louvre It was announced the return of the famous statue of the Winged Victory of Samothrace.

After one and a half year of restoration, the statue is again open to the public. It is an awaited event!